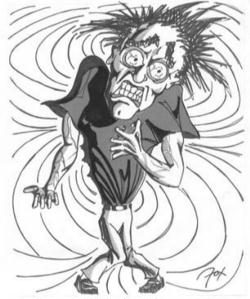 “Contrary to the prevailing belief, it is nearly as likely that major depressive disorder will develop into a generalized anxiety disorder, as the reverse pattern, according to a study published in the June issue of the Archives of General Psychiatry.”

Well, we knew that already, didn’t we? 🙁

Women with postpartum depression have always struggled with concurrent anxiety and many times, continue to suffer with anxiety long after the PPD has resolved.

Disappointing to hear, I know, but true.

“Because of the strong relation between generalized anxiety disorder and major depressive disorder, they could be classified as a single category of distress disorders, Moffitt and colleagues suggest. They also conclude from their findings that “generalized anxiety disorder-major depressive disorder comorbidity may affect more of the adult population and constitute a greater health burden than previously thought.”

Back To Top
MENU