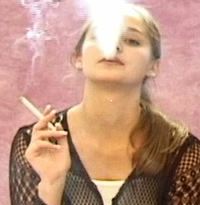 As reported in PEDIATRICS (Vol. 120 No. 3 September 2007, pp. 497-502)
researchers in Pennsylvania conducted a small study to determine the short-term effects of smoking and breastfeeding.

What they discovered when monitoring the baby’s sleep/wake patterns — in addition to the nicotine in the breastmilk — is that the baby’s that were breasfed after mom smoked spent significantly less time sleeping during the hours after nursing. No surprise, really, since we know that nicotine acts as a stimulant.

Fifteen mothers and babies were tested. Mothers smoked (not in the presence of their infants) on one test day and refrained from smoking on the other.

They concluded that the greater doses of nicotine that was delivered to the infant, the less time was spent in active sleep.

Back To Top
MENU